Reflection of A Subtlety

Sugar has been one of the world’s most desired commodities since the 19th century, when it went from being a luxury item to a product of mass consumption. The demand for sugar fueled the trade in human beings to cultivate it. Abolitionists, especially English protofeminists, deployed the term “blood sugar” to try to curb the appetites of sugar consumers by making them conscious of the slave labor that produced it. By equating the consumption of sugar to “eating the other”—to borrow a phrase from bell hooks—anti-sugar campaigners reduced sugar eaters to cannibals who relied on flesh to sustain their cravings. These (brown) sugar cravings resonate in yet another way when we recall the sexual exploitation of black enslaved women by white masters of sugar plantations.

A black girl’s constant fear: Why I thought I’d never live to see 33 by Brittney Cooper

“What threads these women’s lives together is the collective lack of national care for their stories. Black women have been passing these narratives around the blogosphere and social media to each other, posting collective laments, and wondering if anyone else cares. These stories are not national news to anybody else, but they are national news to us.” 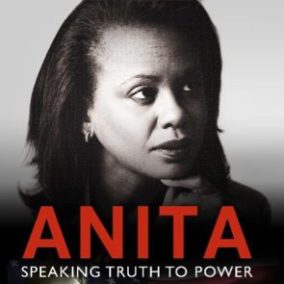 for some audiences and a site of memory for others.

Millennial girls and women who didn’t witness firsthand the spectacle of sex and race during the 1991 Senate Judiciary Committee hearings to confirm Clarence Thomas for a seat on the U.S. Supreme Court get to bear witness to Anita Hill’s testimony, an act that changed American perceptions of workplace sexual harassment.

Looking for Stoney Jackson by Michael A. Gonzales 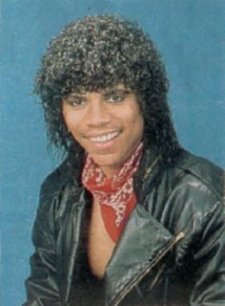 While I’ve read countless tales of Black women and their coming of age hair stories that deconstruct weaves, celebrate ’locs and recount the many hours getting slathered with harsh chemicals beside their moms in the beauty parlor, rarely do I come across any accounts of men reminiscing about their own boyhood hair issues.

Kiandra Parks’ film Black Girl in Paris, based on Shay Youngblood’s novel of the same title, airs on HBO this February and March. The 20-minute short was Parks’ grad thesis project at NYU. Parks’ film follows an alternate path mapped out in Youngblood’s novel and focuses on the relationship formed between the protagonist Eden (played by Medicine for Melancholy‘s Tracy Heggins) and Luce (the brilliant Zaraah Abrahams), a fellow black girl in Paris surviving on luck and hustle. In this way, the beautifully shot film is for Baldwin’s Giovanni’s Room what Looking for Langston is for … well, for Langston. At the same time, the film pays homage to “black girls” like Josephine Baker, Ada “Bricktop” Smith, Marpessa Dawn and others who looked for the city to transform them in savvy cosmopolites and erotic subjects. That transformation, especially for black girls, is not always easy or glamorous, the film reminds us. But the experience of adventure is usually worth the price of the ticket.

“Carrie Mae Weems is a socially motivated artist whose works invite contemplation of race, gender, and class. Increasingly, she has broadened her view to include global struggles for equality and justice. Comprehensive in scope, this retrospective primarily features photographs, including the groundbreaking Kitchen Table Series (1990), but also presents written texts, audio recordings, and videos. The exhibition traces the evolution of Weems’s career over the last 30 years, from her early documentary and autobiographical photographic series to the more conceptual and philosophically complex works that have placed her at the forefront of contemporary art.”

Is Being Mary Jane the New Mary Tyler Moore?

Single career girl takes on the city and sets out to make it on her own. The Mary Tyler Moore Show was a game-changer for television depictions of women. Coinciding with the 1970s era feminist movement, the show featured the whip-smart and funny Mary Richards (played by Mary Tyler Moore), a single woman who moves to Minneapolis and lands a job as an associate producer at a TV station. While Mary had her share of dates and love interests, the most important relationships she cultivated were friendships. One can glimpse the show’s lasting imprint in Sex and the City, 30 Rock, and possibly BET’s new prime time series Being Mary Jane.

Written and produced by Mara Brock Akil–the creative mind behind UPN’s Girlfriends, among other hit shows–Being Mary Jane stars Gabrielle Union as the title character Mary Jane Paul. The show premiered as a film last July and will air as a series on January 7, 2014. Like Mary Richards, Mary Jane (MJ) is a single career woman working in news media. MJ has more than a career to look after as a terminally ill parent, unemployed siblings, and duplicitous love interests tug at her emotional stability. One of the most refreshing qualities of the main character is that she’s no superwoman (or SBW). She puts on a winning smile for her TV viewing audience and a steely exterior to keep her brothers in check, but at the end of the day, a television commercial filled with cute babies can still send her bawling into the arms of her gay best friend.

Akil confronts directly the “enigma” of single black womanhood that has attracted undue media coverage in the past few years. The pilot opens with that dubious and widely circulated statistic that aired on ABC’s Nightline and doomed over half of black heterosexual women to a life of spinsterhood. It’s clear that Akil has kept her eyes on what others have said about black women. The pilot even comments on that racist and sexist Psychology Today article that called black women “ugly.” Being Mary Jane responds to those media images but doesn’t set out to represent all black women or offer a “respectable” and sanitized version of of black womanhood.

I hope the series moves in a direction that will reveal more of the main character’s complexities so that she has a life that expands beyond her dating woes and ticking biological clock. I’ll be watching to find out if MJ will “make it after all.” Will you?

Who’s the Fairest of Them All? On Hilton Als’ ‘White Girls’

The BeyHive has been swarming about since Thursday’s surprise album drop. What Melissa Harris-Perry has deemed Bey’s “Feminist Manifesto” has also gotten a good deal of attention. While I’ll save my discussion of the nuances of “liberal” and “radical” feminism(s) for a later post, I am excited that “Flawless,” Beyoncé’s sonic interpretation of feminism can introduce folks that might not have read or even heard of Chimamanda Ngozi Adichie to the writer’s brilliant voice and work.

Yoncé cites the writer’s critique of gender inequality and the expectations that girls must marry. But the line that stuck out to me from Adichie’s talk deals with the power of anger:

I am angry. Gender as it functions today is a grave injustice. We should all be angry. Anger has a long history of bringing about positive change. But, in addition to being angry, I am also hopeful because I believe deeply in the ability of human beings to make and remake themselves for the better. 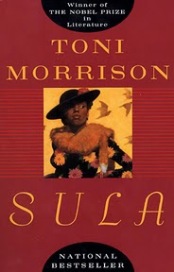 This week a list has gone viral on Facebook, at least among several of my friends. The readers among us have been exchanging 9, 10, or even 20 novels or essays that have moved us in some way. Of course for a literature professor, condensing valuable texts to a concise list is nearly impossible. But in the spirit of year-end list making, here are 10 Black Feminist Novels that have stayed with me (in no particular order):

4. Chimamanda Ngozi Adichie’s Half of a Yellow Sun

7. Harriet Jacobs’ Incidents in the Life of a Slave Girl (not a novel, but …)

10. Ntozake Shange’s for colored girls who’ve considered suicide when the rainbow is enuf

What black feminist works continue to inspire you?